An abrupt end to bilingual dream 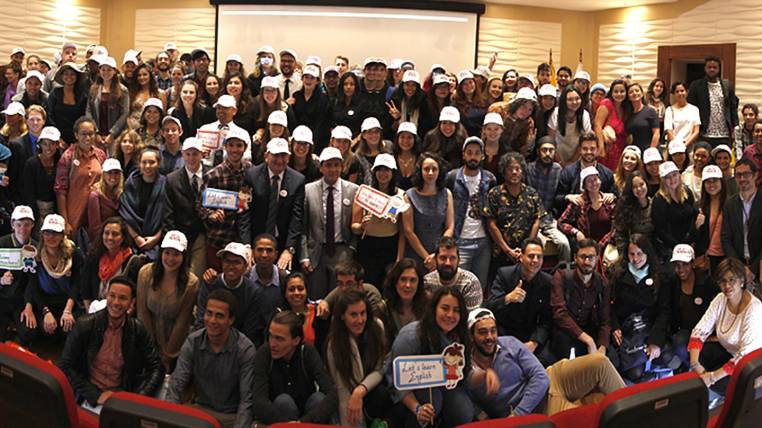 It was the ideal proposal. Live in Ecuador for a year, earn a salary and teach English to children and teenagers. The program was called ‘It’s time to teach’ and it was aimed at young people from more than twenty countries: Venezuela, China, Thailand, Nigeria, Canada, among others.

For the Ministry of Education it was also the ideal proposal, especially since in 2014 the compulsory nature of the teaching of this language was established in all the public institutions of the country and, generated the decree, the entity noticed that they were missing 3,000 teachers to fill the vacancies. But during the first three days of 2018, the 300 teachers, who had arrived in the country a year earlier, received a hurried statement from Fundación Edificar, the institution that directed the project for the ministry: they were closing their doors.

No one was going to receive its salary and the return tickets to their countries of origin would be issued until the end of the month. Nobody offered clear answers, but not all the young people ended up being amazed. This is because, since it started, the initiative was plagued with problems. “The ministry never informed the school to which I was assigned on my arrival, so I had to wait in the terminal for hours. There was never any contact between the institution and the ministry or Building on how much time I would have left, how the classes would develop, etc. “, said EXPRESO Thuy Le Phong, a Vietnamese teacher stationed in La Libertad. But a more complex problem was registered regarding the issuance of work visas. Both the teacher and a high percentage of volunteers never received the documents, so they have worked with tourist visas

This is also affirmed by Ebenezer Kolawole, teacher sent to Sucumbíos. “I insisted constantly to resolve the issue of the visa and I did not receive any answers. It is a problem that had to be considered when the teachers arrived. Throughout my stay in the Amazon I received only one official visit from the ministry and one from the foundation, “he said.

Without guides on what to do, the teachers went to social networks, until the Education portfolio sent them a statement stating what they already knew; the program had reached an abrupt closure due to irregularities with Edificar, which, according to data published by the ministry, received 6 million dollars for the execution of ‘It’s time to teach’.

“In order to safeguard the use of public funds, the Ministry of Education is conducting a comprehensive audit of the expenses incurred by the foundation, for which financial information and statements of expenditures have been requested that have not yet been justified which prevents other disbursements from being made, “the statement said.

Teachers who have their papers in order can stay if they wish, the others, added the institution, should resolve their return and paperwork with the foundation, whose status is uncertain. This newspaper requested to build a response on what was reported and how many of the 300 teachers who are part of the project are in legal limbo, but until the closing of this edition there was no response.

The ministry, consulted by EXPRESO, confirmed that it accepted the termination of the agreement of mutual agreement with Edificar, “managing an orderly closing process”. He will continue managing programs for the teaching link in the subject of English.

Despite the difficulties presented, international teachers still claim to believe in the program. Daniel C., who preferred the reservation of his name, pointed out that “for me, the most gratifying thing this year has been to see the progress of my students. This is a program that, well managed, would be vital for Ecuador. ”

The project was left without a digital trace

‘An error has occurred’. That is the message that the visitor currently receives on the website of the Ministry of Education when looking for information on ‘It’s time to teach’. All data and news related to the program were eliminated. However, the history of the Google digital search engine shows that there was a section on this site dedicated to the initiative. Moreover, there are also traces of the news that, published in mid-November, indicated that the project, in 2018, would count with the additional arrival of another 900 teachers. (I)