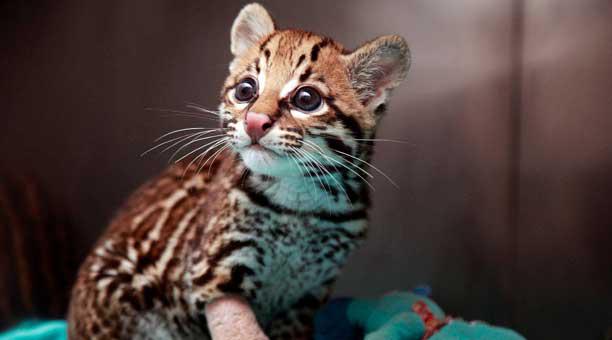 An ocelot of about three months old was rescued by the Ministry of the Environment when they tried to sell him illegally through social networks. This was reported by Andrés Ortega, director of the Hospital of Veterinary Specialties of the San Francisco de Quito University and member of the Tueri Fund. “They offered him on networks, even with photographs,” he said.

At first, the cat was temporarily transferred to the Yanacocha Rescue Center. Later, he was taken to the Tueri Fund in Cumbayá to recover from a bone callus (consolidated fracture) on his left hind leg. Greysi Arroyo, a hospital doctor, received the oncelot on Thursday, June 1st. The expert said that this species is vulnerable to the crimes of possession and illegal sale of wildlife. Arroyo said that they tried to sell the oncelot in the Puyo, province of Pastaza (Amazon) (I).

Transgenics: under the shadow of doubt