Another arrested person for alleged bribery in Petroecuador 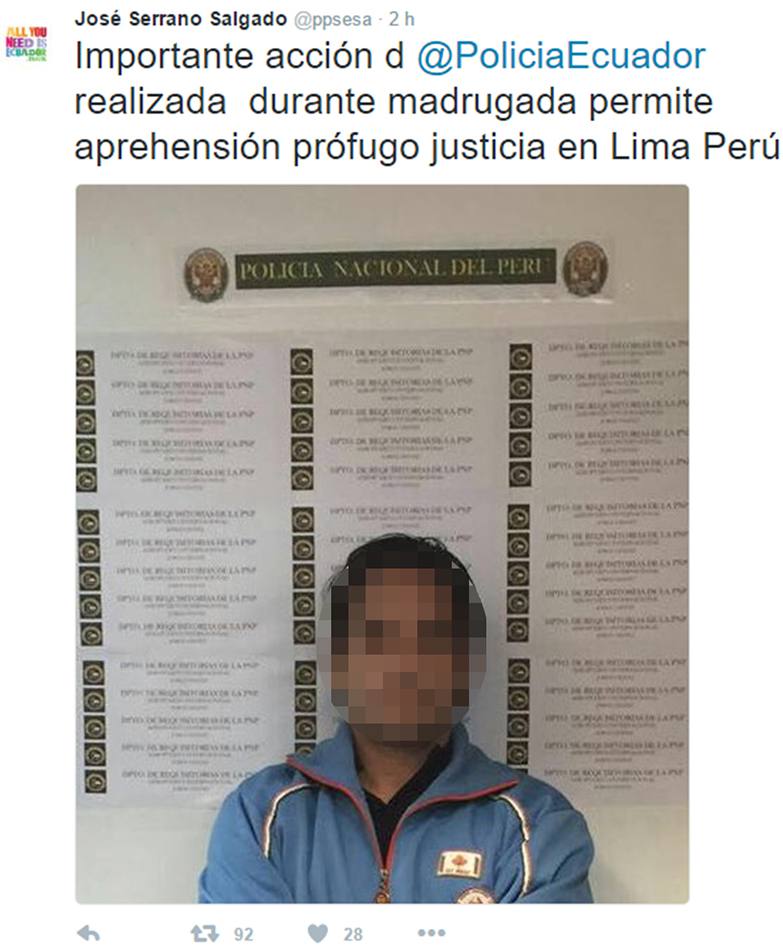 Jaime B., senior partner of Oil Services & Solutions S.A. (OSS), contractor of the state oil company Petroecuador, was arrested early yesterday at El Callao airport, in Lima, while attempting to travel to Miami.

Prosecutor of Pichincha Tania Moreno said that he is under investigation for the alleged payment of favors to former general manager of Petroecuador, Alex B., who is also in prison. Javier B., cousin of Jaime B. and partner of OSS, was also arrested on Tuesday.

This firm obtained 15 contracts for $ 30.3 million from Petroecuador. Two contracts that total $ 25.27 million, were awarded by the then manager of Refining of Petroecuador Carlos Pareja Yannuzzelli. Prices exceeded the reference amounts with which procurement processes began. One had a millionaire increase.

Daily El Universo in several reports has revealed the contents of more than 300 documents which account for offshore business of Jaime B. and his brother Juan, along with others and which are part of the Panama Papers, a leakage of the Mossack Fonseca Law Firm (MF) documents, published by the International Consortium of Investigative Journalists (ICIJ).

The Supercom distributed 6,603 booklets of the Communications Law with an error