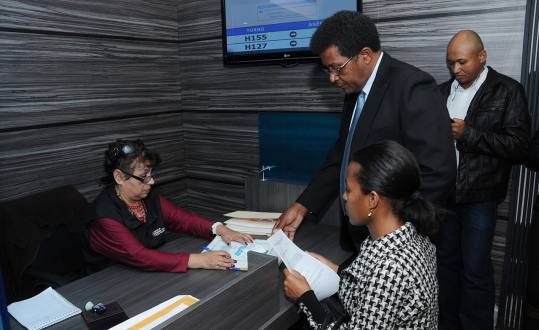 Social organizations, broadcasters and other groups came Thursday to the Agency for Regulation and Control of Telecommunications (Arcotel) to apply for one of the 1,472 radio spectrum frequencies that will be awarded through a public tender.

The deadline for applications ended on Thursday. At afternoon it became known that about 350 applications were registered.

Among the bidders were the United Workers Central (CUT), related to the Alianza PAIS party (AP). Its leader, Oswaldo Chica, said they aspire to have a radio station called Rebellion, the voice of the workers.

The indigenous organization CONAIE also postulated for a national coverage radio station. Its president, Jorge Herrera, explained that they want to have the 101.3 FM frecuency, to undertake the “Diverse Voices” project.