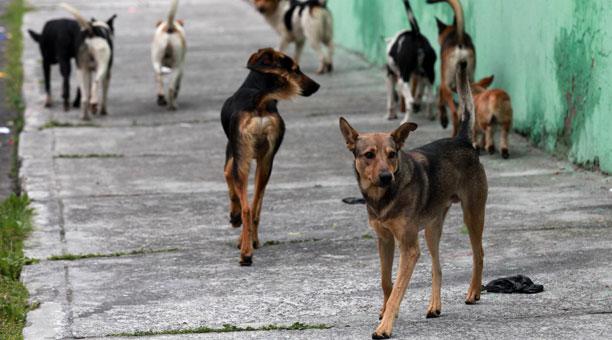 Ordinance 048 marked a before and after in Quito’s public policy regarding responsible tenure, management and control of urban fauna, although it was not the first. In 2004, Ordinance 128 was passed, which set the guidelines on how animals should be kept: vaccinated, identified and with collar and leash.

Karina Pizco, now coordinator of the Urban Project of the Municipality of Quito, says that the concept of animal welfare was not in the social imaginary, much less in public policies. “Many years ago it was thought that what was necessary was the rabies vaccine and that’s it. It was restocked with poison, “he says.

Over the years, animals, especially those of company, have more prominence in the lives of Ecuadorian families. This change in mentality also generated a need for new regulations that provide protections for animals in the city. The change came in 2011 with the approval of Ordinance 048. The law, still in force, regulates the possession, protection and control of urban fauna.

Today, municipal regulations face a new challenge. With the approval of the Organic Code of the Environment (COA), the municipal ordinances must be articulated to this legal body. This is what Lorena Bellolio, president of Protección Animal Ecuador (PAE), explains. The COA gives the power to the Decentralized Autonomous Governments to regulate and control the responsible management of urban fauna, with certain conditions.

The reforms should include what the COA points out: create mechanisms to establish population estimates; create incentives for compliance with the provisions; determine rescue protocols and assistance of animals in cases of emergencies; regulate public spaces where animals are commercialized, promote adoption and establish a pet registry

The latter is already included in Ordinance 048 and work is underway to implement it, points out Pizco. “We hope to have it in operation for next year, we want everyone’s participation in order to have a true record,” she says.

In this sense, PAE works together with legal and technical specialists, as well as representatives of the Ombudsman’s Office in an ordinance project. His approach is to solve the overpopulation of animals as a first step. “Identification, avoiding abuse are extremely important, but you have to start with the urgent,” says Bellolio. For this reason, policies on sterilization, sanctions, restrictions on reproduction, taxes on animals of breed, among other measures, are proposed within this project.

The objective is to create a model ordinance that is replicated in the rest of Decentralized Autonomous Governments. In his proposal they also include rules on exotic pets, which until now were not contemplated in the law. “There was a legal vacuum, so it was difficult to protect them,” says Bellolio.

Avoiding animal abuse is another of the axes that the COA sends. In this sense, only in 2017 the Metropolitan Control Agency (AMC) carried out 1,397 inspections to verify compliance with the regulations. However, allegations of animal abuse and abandonment continue to come to this entity.

Johana Aguirre, supervisor of the AMC, says that they are working on a project focused on “presenting suggestions and observations that allow to act more effectively on issues of abuse. This is control and infractions and how they should be verified and validated. ” Veterinary unions and some universities of the city have joined this reform project.

The COA also specifies obligations and responsibilities in relation to animals. It also determines certain prohibitions such as zoophilia, abuse, overcrowding and poisoning. Besides, the moment could not be more appropriate. In December 2017, Ordinance 188 was passed.

This law implements and regulates the Integral Protection System in the Metropolitan District of Quito. Among the groups that require protection, animals are included for the first time. (I)