Are DVD’s days over?

On Thursday the largest international exhibition of electronics, Consumer Electronics Show (CES) was held in Las Vegas, Nevada.
Piracy and the variety of movies that the World Wide Web provides via streaming, is a subject that concerns many Hollywood studios, so they used the night to launch a platform for Internet movie distribution.
Fox, Paramount, Sony, Universal and Warner are leading a consortium of technology companies and audiovisual called Digital Entertainment Content Ecosystem (DECE), a company that seeks the entertainment transition via DVD (tangible) to the digital world.
The digital platform proposed by Hollywood is called Ultraviolet, it allows users to acquire a number of licenses that entitle them for life to see the content they decide to buy, a measure to prevent piracy.

Buyers can also download movies, store them in the media they want (iPods, laptops, iPads), and make copies without charge. Ultraviolet only authorizes a maximum 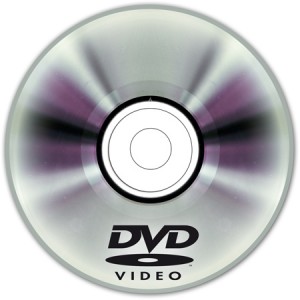 of 12 devices to access content. The plattform is also expected to allow up to 6 people to associate their customer accounts and share content legally.
All software associated with UltraViolet shall incorporate a protection system to prevent illegal use, this platform will be available to users earlier this year.

Disney Studios and Apple technology, whose chief executive, Steve Jobs, is a major shareholder in the house of Mickey Mouse, have decided to adopt their own strategies. Disney has a project called Keychest with similar characteristics to UltraViolet.

The DVD market has fallen by 16% in 2010, compared to 17% less in sales in 2009. Everything indicates that this is not temporary for the DVD industry, which still generates 8,000 million dollars a year.
Although the catalog of films that online sites offer is not extensive, the purchase of content via Internet has grown by 17% in 2010 in U.S., about $ 680 million, while revenues from cable television movie rentals rose 21%, 1,800 million dollars. While the high definition format Blu-Ray sales increased by 53% in the U.S., representing about 2,300 million dollars.

Now You Can Turn on Your Washing Machine from Your Office