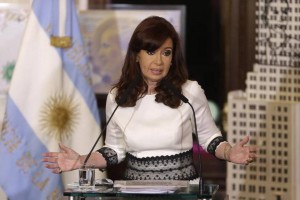 With 39 votes in favor and 22 against, Argentina’s Senate approved yesterday the budget submitted by President Cristina Fernandez de Kirchner, who finishes her term on December 10, 2015 and according to the current constitution of Argentina, she could not run for a second consecutive reelection.

A report by the Center for the Implementation of Public Policies Promoting Equity and Growth (CIPPEC for its Spanish acronym) warns that predictions of the budgets would be too optimistic. A GDP expansion of 2.8% and an inflation rate of 15% is expected for 2015, according to the report.

Conversely, Lucio Castro, from the CIPPEC, believes that budgets “give a minimum indication of what the government will do”.

Of every 100 spent pesos, 40.96 will go to Social Security, primarily for the expected increases in pensions and universal assignation per child, according to the Argentina Association of Budget ASAP.

Castro, from CIPPEC, notes that Argentina has risen social spending in recent years: “It’s the first time we have universal social programs, without discretionary allocation. That’s a floor of social rights and has impacted in the reduction of inequality, but this improvement has clouds by the recessionary environment and because pensions and allowances given by the Government must continue to increase to offset inflation,” he said.