Argentina resorts to The Hague to sue the U.S. by speculative funds 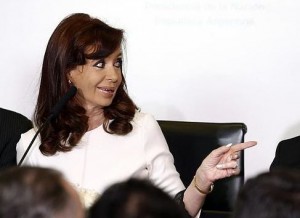 The Government of Argentina presented yesterday at the International Court of Justice in The Hague a lawsuit against the United States for the collection of the relevant debt to hedge funds.

Argentina argues that the U.S. has committed a “violation of its sovereign immunity” and of “international obligation of non use or encourage economic and political measures to force the sovereign will of another State,” according to a statement.

Likewise, it also notes that, if the United States does not accept the jurisdiction of the Court, “Argentina considers that this country is obliged to indicate an alternative means of peaceful solution.”

The Argentine government demand stems from the ruling that New York’s Judge Thomas Griesa ruled in favor of speculative funds known as “vultures” for purchasing the defaulted debt,  in order to charge $ 1,330 million in debt bonds.

Ecuador is the seat of “cyber police”