Argentina will prepay bond that expires in 2015 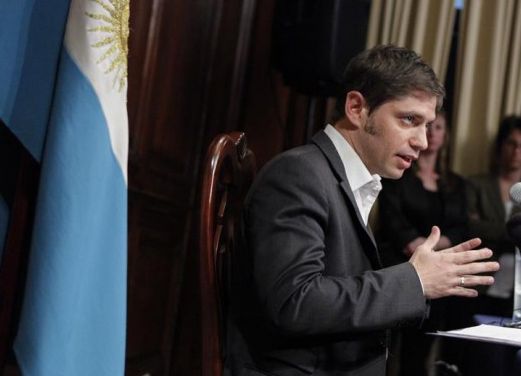 The Argentine Economy Minister Axel Kicillof announced this Thursday that his country will pay next week in advance a bond that expired in October 2015 by 6,700 million, in the middle of a dispute with the hedge funds in the United States.

The Minister also announced at a press conference that the repurchase of these bonds (Boden 2015) will be made in cash and at the market value. “We’re going to bring a voluntary early payment of Boden 2015 between 10 and 12 December,” he added.

This prepayment seeks to “nip in the bud all the speculative maneuvers. These are bonds that expire in October 2015, is to show that we have the capacity and willingness to pay,” he said.

The government also manages the option to cancel part of the debt by issuing bonds due in 2024 for 3,000 million dollars “so that bondholders can invest in the country,” Kicillof said.

Kicillof explained that “those who have these bonds that due next year by 6,700 million can come and the State will buy them at a similar market price of $ 97 each $ 100 par value.”