The vice president in the government of Cristina Fernandez, Amado Boudou, was prosecuted for “passive bribery and incompatible negotiations” with the public service by events dating back to his years as finance minister during the first administration of the current head of state (2007-2011).

For the first time in Argentine history, an acting vice president is prosecuted for corruption. The measure, announced by the federal Judge Ariel Lijo around midnight last Friday, provoked angry requests for the immediate resignation and the political trial on Boudou, on behalf of a divided opposition, which has been shown unity in its claims.

According to Judge Lijo, Boudou bought 70% of the banknote printing Ciccone Calcográfica when he was finance minister, through The Old Fund society, along with his alleged partner Jose Maria Nunez Carmona. Since the society began to control the printing, they only received contracts from the national government or the ruling party.

Boudou received the announcement in Cuba, where he currently is over an official tour that will culminate in Panama. His lawyers said they will appeal the decision. 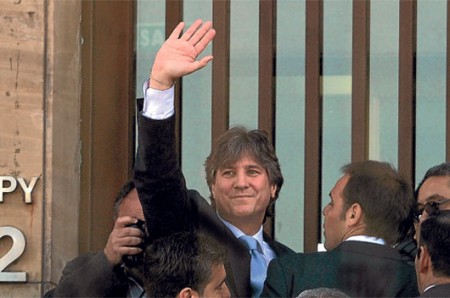