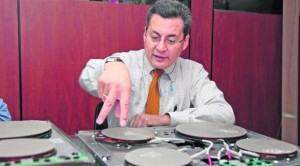 The Ministry of Industry will announce today the qualified companies to manufacture electric induction stoves of high efficiency, which will start with a 13% of national components. This measure is part of the replacement program of 3.5 million gas stoves that will start in August.

The competition to identify the firms that will enter into the program as manufacturers began in April. In the production ofcookers, investments bordering the $ 5 million per company for the first year are projected, according to three firms participatingin the project.

Qualified firms will be able to import pieces of cookers and that are not produced in the country, without tariffs, until November.

The Regime has promoted this project since 2013 with the aim of reducing the subsidy on liquefied petroleum gas (LPG) or cooking gas, which is around $ 700 million dollars a year, and take advantage of the cheap power supply that will be produced by new hydroelectric plants in 2016.