One day before the approval of the Arizona law that criminalizes illegal immigration. A judge blocked the most contentious part of the legislation. This gave an important and temporal victory to the opponents of the measure.

The law should take effect tomorrow but now many of the dispositions that infuriated the opposition are on hold. Some of the sections require that the agents uphold the law and prove if the suspects legally live in the country. 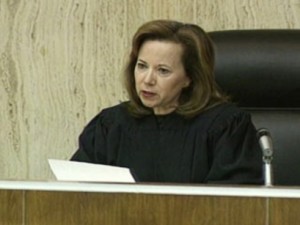 Federal judge Susan Bolton keeps in suspense a segment of the law that forces immigrants to keep their documents on themselves all the time. This measure made that undocumented workers look for jobs in public places. Bolton stated that this part must be kept in the dark until the court figure out the consequences of this subject.

However other dispositions of the law like procedures and minor revisions will take effect first day tomorrow. The ruling came the moment the police were making last minute arrangements for the application of the law while activists planned big demonstrations against the media.

As a mean of protest one group of activists wanted to toss all their documents before blocking the access to the federal offices in an open challenge for the police when they asked for any ID. Since the halt of Bolton many protests stopped and now the judge is an important figure regarding immigration after being assigned 7 applications against the Arizona law.

Policeman of the state bordering México ended the training of their agents including racial profiling and the possibility on the increase of the detentions. This means that the officers are well versed in the art of applying the law for individuals of different ethnics.

Joe Arpaio, sheriff of the Maricopa County in Phoenix was thinking of doing 17 checks against delinquency and illegal immigration without regard of judge Bolton decision. Arpaio is famous for sternness against criminals and the undocumented; he will send 200 agents and voluntaries to watch traffic infractions, sighting of escaped criminals and other felonies. On his watch several immigrants wanted by justice have been apprehended.  Sheriff said: “we don´t wait. We limit ourselves to act. If there is a new law we´ll abide by it”. 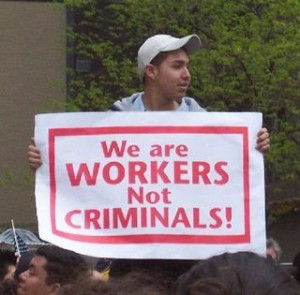 living in Arizona. This is a preparation for the enactment of the new law. This office also added that México sent personal and additional resources to five Consulates in Arizona to protect the rights of Mexican citizens in Arizona should they require immediate legal help.

Meanwhile the lawyers of the Justice Department rejected a proposal to add their demand and the one made by a police officer who is against the new immigration law in Arizona. The Department said this would delay their action and federal lawyers’ don´t support the officer of Phoenix David Salgado.

Salgado´s lawyer maintains that the demands are practically identical because they resemble in that the federal immigration law voids the norm of Arizona and thus looks for a way to stop its approval.

The Department of Justice has contested more sections of the law than Salgado. Federal arguments doubt if the federal legislation cancels the Arizona law.