The government of Honduras claimed the existence of the Honduran citizen who saved his own life. The victim is now collaborating to identify the murderers.

A second survivor was discovered after the Tamaulipas (Mexico) immigrant mass murder. It opened new investigation paths, due to the way it became public, it generated arguments between Ecuador and Honduras governments.

Rafael Correa, President of Ecuador, gave the first news about the Honduran survivor, whose identity remains unknown. The survivor saved his own life at a Mexican North West ranch, where 72 immigrants were massacred. The Ecuadorian President mentioned the other survivor, an Ecuadorian citizen who is being protected by Quito’s authorities, as his information source. “He is now safe in his country, Freddy Lala, the only survivor, has told us that there was another survivor, an Honduran, but we don’t want to risk anything or anyone”, he said. 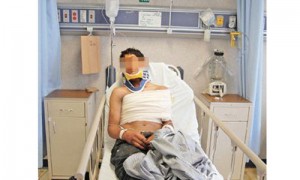 Mario Canahuati, Honduran chancellor, did not agree with Correa’s revelation about the existence of the Honduran survivor, those news were later confirmed by Mexican authorities.

“We are very sorry and very concerned about the irresponsible way in which this news was delivered. The least we expect from someone in a presidential charge is prudence, those words could cause death risk”, claimed Canahuati.

Honduran chancellor said “We knew” the Government had already found out about the survivor and he explained that he chose silence to protect the survivor’s life. “We have the information, we are doing everything to preserve his well being”, he said.

Ecuadorian chancellery answered saying that Honduran Government declarations were “unacceptable”, he also said that this reaction is a result of the fact that Quito does not take this executive seriously.

Meanwhile in Mexico, authorities confirmed that the Honduran has revealed important information for the identification of the murderers. Freddy Lala, the ecuadorian who escaped of the Tamaulipas ranch, alerted Mexican authorities, he said that the hitmen, authors of the crime, belonged to “Los Zetas” cartel; they were responsible for the assassination of the group seeking to cross United States frontier.

Mexican authorities have chosen to save the details about the identification process, but they have given that information to the countries where the victims come from.  Thanks to El Salvador Government, it is known that 46 victims: 21 Hondurans, 13 Salvadorians, 5 Guatemalans, 6 Ecuadorians and a Brazilian; were identified. The remains of 16 Hondurans were transported to Tegucigalpa.

The victim system is considering an image change.

Freddy Lala, the Ecuadorian survivor, is being protected by the Victim and Witness Protection System, which is active since September 2002. This program seeks to provide security and collaborates with the justice department in order to avoid crime impunity.

This program has permanent police support, transportation, home moving, they can also arrange help to get out of the country, as well as security measures in jails, medical assistance, job accommodation, study support, and more benefits.

About 10.000 immigrants are kidnapped in Mexico every semester; this means a 25 million dollars income for the criminals according to the National Human Rights Commission.