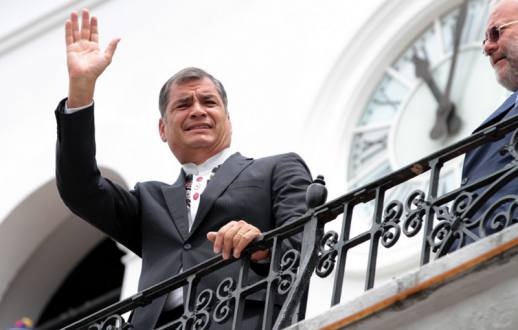 The Armed Forces made a new complaint to the Government; this time it came from the Navy, which rejected the statements made by President Rafael Correa in his last weekly address.

Protected by Section 23 of the Communications Law, Navy Commander _ Angel Sarzosa, sent last Monday a statement to Defense Minister Ricardo Patino, asking him “to deign to demand the rectification of the information disclosed by the president in the last weekly address, as well as admonish those who prepare the information that is publicly released, so this is relied on previously checked and verified information in an official manner, in order in order to prevent that government officials make mistakes, the same that additionally produce unrest within the armed forces.”