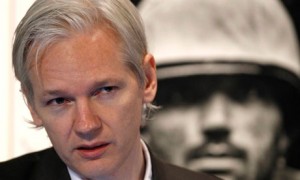 Assange’s organization began to divulge classified information on several media, due to the involvement of the American soldier, Bradley Manning, the WikiLeaks founder could be extradited to the United States on charges of diplomatic theft.

He also pointed out, to the Spanish newspaper El País, that according to the statement of Vice President Biden, “the truth is that for American people  terrorism is defined as violence following political interests. Meanwhile, Biden administration continues to feel assaulted by WikiLeaks, and the members of the press, so who is the terrorist?,” added Assange.