It is well known that the ruling bloc of Alianza PAIS (AP) -majority in the National Assembly- seeks to convince the Constitutional Court (CC) to make changes in the Constitution of Ecuador, through amendments in the Plenary of the Assembly and not by popular vote.

However, from the opposition-wing is being discussed that there are issues that should be changed via referendum and others, even by a Constituent Assembly, as in the Constitution, such change routes should be used if the change regards on rights, if it alters the structure of the State or if affects the way to modify the Magna Carta itself.

On the subject of rights, the proposal establishes communication and information as a public service and also regulates protective action; while the subject of altering the State structure, there is the indefinite reelection proposal.

Opposition Assemblyman Luis Fernando Torres (PSC-Cambio) ensures that the initiative in communication restricts rights and that, according to the Constitution, could only be changed by convening a new Constituent Assembly, not through an amendment that passes the approval of the National Assembly. While Assemblywoman Ximena Ponce (AP) argues that by placing communication as a right that will have to be paid through a public service, it is being guaranteed and improved, not restricted. And on the protective action, she added that preventing abuses is not restricting rights. 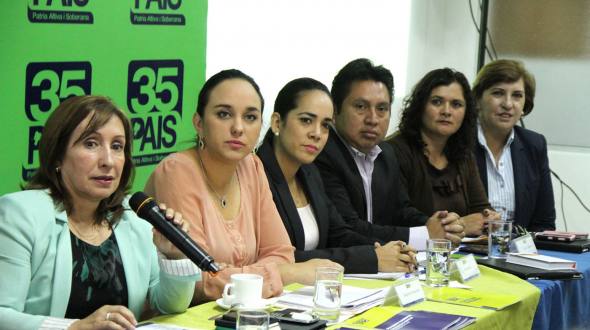 Last week during a Political Workshop at Quito, AP bloc defined that the proposed amendment would involve at least a dozen changes.