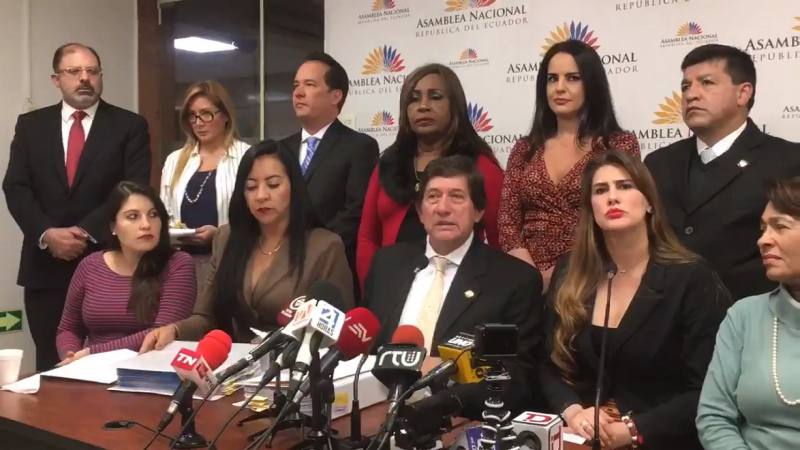 The Social Christian block PSC-MG) presented this Tuesday to the Comptroller General of the State information on the flights of the presidential plane of the last two years of Rafael Correa’s mandate.

The Comptroller announced on July 24 that it will investigate the use of the two presidential aircraft between January 1, 2012 and May 24, 2017, when Correa was president.

That is a question that must be answered because the presidential plane “looked like a taxi”, because only in 2016 the former president traveled 11 times, the vice president (Jorge Glas) 4, the finance minister 8, the defense 2 and the Chancellor 2.

Rohón explained that what is going to be investigated is fundamental to uncover many questions that Ecuadorians have today.

The Government of Correa acquired in 2008 the Embraer Legacy 600, for 28 million dollars. The other plane he bought was the Dassault Falcon 7x, for $ 50 million. (I)