The Association of Craft Brewers of Ecuador, the Ecuadorian Network of Shopkeepers, the Association of Bars, Restaurants and Tourist Entertainment of the Historic Center of Cuenca and the Pichincha Restaurant Association (Agrepi), in a press conference, ask for a commitment to a Sure economic reactivation, because even though the dry law and curfew will not continue, they ask that “the rules that were so counterproductive for all these productive sectors not be re-implemented.” 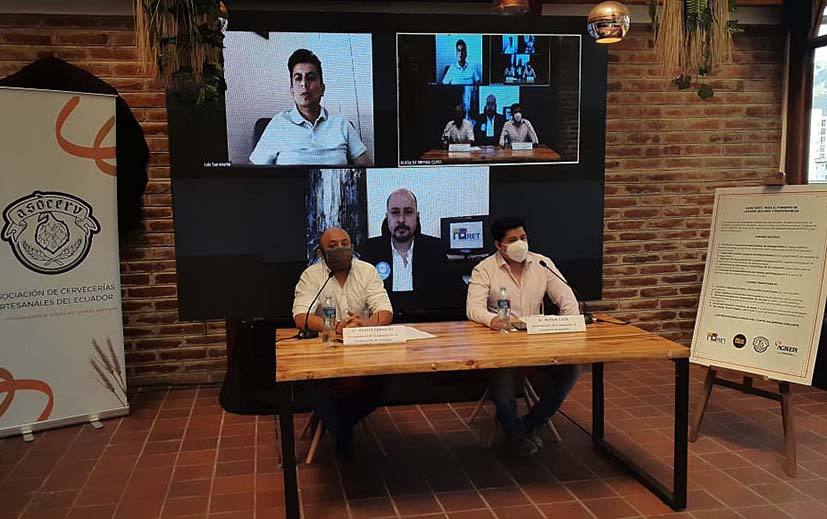 These productive sectors presented a manifesto for the promotion of safe and responsible places to reactivate the economy.

The document offers safe places, implement biosecurity measures to protect the health of customers and consumers, supervise compliance with these measures, reinforce staff training, guarantee food traceability, promote the implementation of technological means for taking of orders and use of electronic means of payment, comply with and respect the capacity and authorized hours, enforce social distancing, promote responsible and moderate consumption of alcohol, prioritize the sale of alcohol with food and the sale of water between drinks, do not sell alcohol to minors and people in a state of intoxication, do not sell illegal alcohol, report those who carry out this illegal activity.

At the end of his speech, Calle said that “although the government announced that these restrictive measures are no longer continuing, an even greater concern arises for us, that the municipal governments will be responsible for taking care of their cantons and cities, here the problem , from them came those initiatives of the prohibition law and the extension of the curfew ”.

Guido Varela, director of the Ecuadorian Shopkeepers Network, said that it represents a union of more than 100,000 points of sale nationwide, which means half a million people who live directly from a neighborhood store, it is also a business Survival that 70% of those who create a store are women, many of them heads of households and that the reality they have lived through due to time restrictions has affected them. (I)

Petroamazonas will invest $ 5.13 million in Amazonian and coastal communities