At least four killed by avalanche in Chimborazo

Four people have died after an avalanche that surprised them when they were climbing the snowy Chimborazo, the highest Andean mountain in Ecuador, reported this Sunday the Integrated Security Service ECU-911. 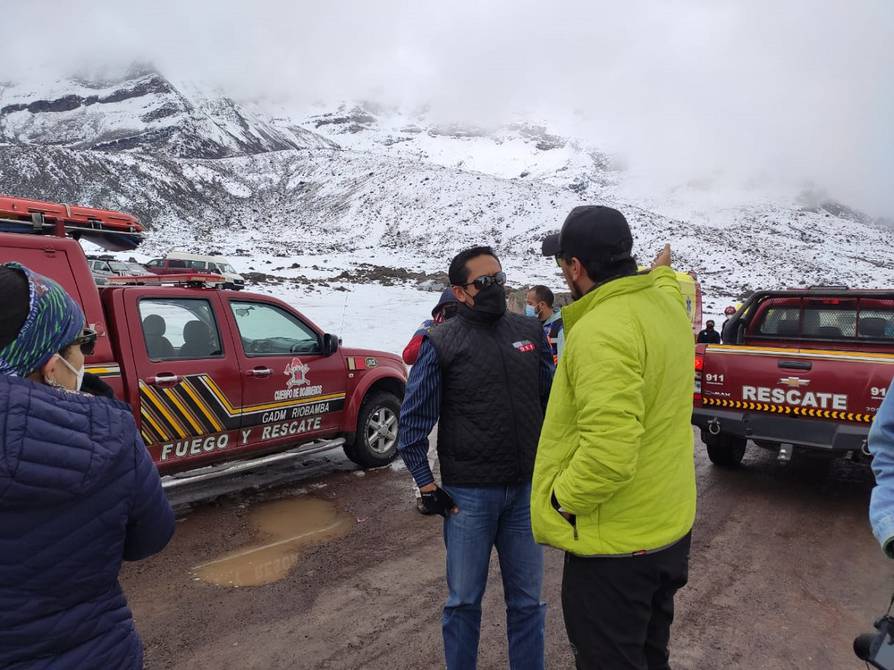 The Chimborazo Fauna Production Reserve is located in the provinces of Chimborazo, Bolívar and Tungurahua.

Access to the Chimborazo Fauna Production Reserve is suspended due to a natural incident that occurred early this Sunday, indicated the Ministry of the Environment, Water and Ecological Transition through its social networks.

“Our staff is on site coordinating with the competent institutions to deal with this eventuality,” was indicated in the account of this portfolio on Twitter, but it was not detailed what the incident was about, nor if there was any person affected.

The Ecu 911 Riobamba indicated that at 06:30 this Sunday it was reported that while they were climbing the snowy Chimborazo, an avalanche fell on a group of people who were at a height of 6,100 meters above sea level.

This instance activated the response of relief organizations to rescue tourists affected by adverse weather conditions in the snowy Chimborazo and El Altar.

According to ECU 911 Riobamba there would be 12 people affected. The response group is on site, and the Fénix 1 police helicopter was activated to collaborate with rescue personnel.

In parallel, the Special Operations Group (GOE) together with Firefighters work to rescue 20 tourists who presented symptoms of hypothermia while mountaineering in the snowy El Altar.

They collaborate in the attention of the Quito Firefighters incident.

The Chimborazo Fauna Production Reserve is located in the provinces of Chimborazo, Bolívar and Tungurahua, with an area of ​​58,560 hectares.

Its height varies from 3,800 to 6,310 meters above sea level, which corresponds to the height of the summit of the snowy Chimborazo. (I)