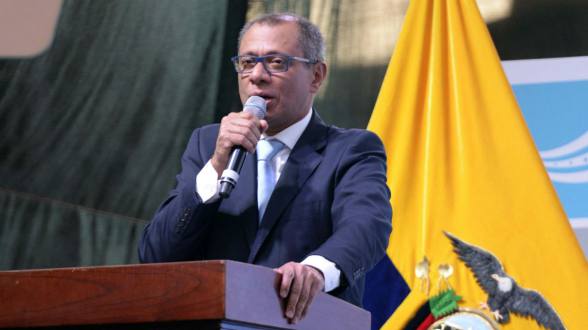 Galo Chiriboga shall respond during his appearance before the Audit Commission of the Assembly on what were the elements for his pronouncement concerning there is no link between the vice president and candidate, Jorge Glas, with the Panama Papers, and shall reveal the requests for information to the Attorney General´s office of Panama.

This was stated by the chairwoman of the Supervisory Commission, Maria Jose Carrion (AP), yesterday, when announcing that today this board is raising awareness about the resolution of the Legislative Administration Council (CAL for its Spanish acronym), providing the continuity of the tax havens investigation Initiated in the Justice Commission.

The appearance of the representatives of the Internal Revenue Service (SRI), the Superintendency of Companies and the National Audit Office is expected for next week. The Attorney General will be invited to another session.
Meanwhile, the president of the Assembly, Gabriela Rivadeneira (AP), ratified that the case was referred to the Public Prosecutor’s Office because the investigation file was opened with the possibility of a political trial against Chiriboga and added that the Attorney General would be asked on the reasons why he did not decree, at the moment of having had indications of responsibility, the preventive custody for investigation.
Concerning Glas, he said that ruling party supports him, he added that the electoral campaign is approaching, and the opposition will use all the mechanisms to discredit the progressive governments, and that Daily La Estrella of Panama is a mere tabloid.