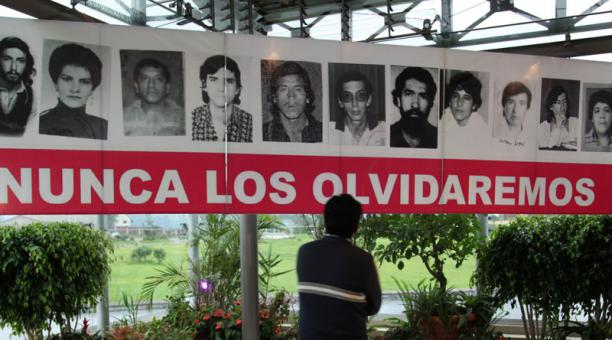 The alleged confrontation between Arturo Jarrin, former leader of Alfaro Vive Carajo (AVC), and the police has been in doubt for almost 30 years.

Was it murder or the police fended off an attack? Today, April 28, at the National Court, Attorney General Galo Chiriboga will reveal new details about the death of the AVC veteran.

The investigation conducted by the Truth Commission of the OTP people related to an alleged extrajudicial execution of Jarrin are named. Two are civilians and 11 were active members of the National Police.

In total, there are 13 people summoned to today’s hearing, who will be charged.

Edgar Vaca, former commander of the Police, also indicted for crimes against humanity against Susana Cajas, Luis Vaca and Javier Jarrin, former members of AVC, is on that list. Gonzalo Z., who was National Director of Investigations in 1987; Holguer S., former head of the SIC of Pichincha, Jorge E., colonel who had signed the final report on the death of Jarrin are also on that list …

According to reports of the Truth Commission, which were delivered to the State Attorney´s Office, Jarrin was a refugee in Panama when he was arrested without a warrant, on October 24, 1986.