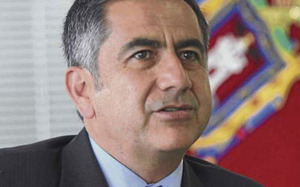 Last night concluded the internal elections of the Alianza PAIS movement (AP) in it the pre-candidacies of Augusto Barrera and Gustavo Baroja for mayor of Quito and Pichincha prefecture were confirmed, in order, for the February 2014 sectional elections.

After two hours of the convention held at the Coliseum Julio Cesar Hidalgo, AP supporters raised their hands in favor of both officials, to go for re-election. On the same night it was approved the list of candidates to parish councils and councilors of the province, but the parishes of Mejia and Cayambe are still pending.

There are discrepancies among the Alianza PAIS officials regarding who should be the candidates for mayor for certain cantons of Guayas, like Duran and Playas, these are Alexandra Arce and Miriam Lucas, respectively. But Alfonso Cordova Duran former deputy, said it is he who should mediate by the city because he was the one that received the most votes in the internal nominations made on ​​last September.