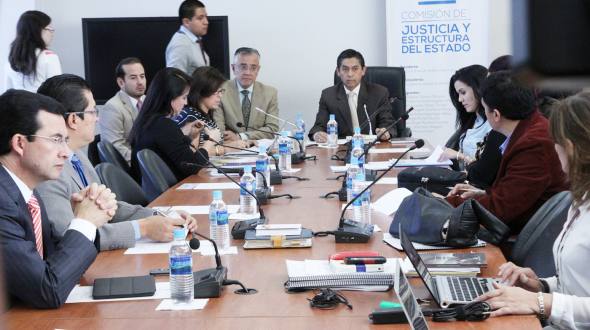 Before and after the new Integral Penal Organic Code (COIP for its Spanish acronym) takes effect on August 10, the Justice Commission of the Assembly has received proposals to change this Code.

The two first were submitted as draft Reformatory Law and about two specific areas: intellectual property, of President Rafael Correa, and domestic violence, of Assemblyman Paco Fierro (SP). A third which was rated as a “citizen input” corresponds to the former member of the Judicial Council of Transition, Fernando Yávar.

While Fierro suggests that psychological violence against women be not considered as crime, but rather as a misdemeanor. The Assemblyman explained that this would expedite the process, because if it remains as a “crime” it becomes necessary a fiscal intervention and it is subjected to the limits within a previous investigation may exceed one year.

Yávar submitted 42 pages of reforms to the Code to “correct mistakes and fill in the gaps.” The objectives of his proposals are to guarantee the citizen scrutiny to the administration of justice through the regulated coverage of hearings on the part of media , streamline elements of the theory of crime to prevent injustices against citizens, improving the regulation of criminal liability of legal persons to prevent abuse and prejudice to members and others.