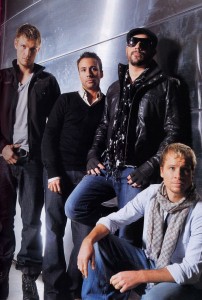 AJ, Brian, Howie and Nick, members of the Backstreet Boys boyband, one of the icons of pop music in the 90’s, will give a concert in Quito on March 8th at the Rumiñahui Coliseum, the band announced it on its official website.

I Want it That Way singers will give a series of concerts in Latin America as part of their tour, which beggins in Brazil in late February, and then they will visit Argentina, Chile, Peru, Ecuador, Venezuela and Mexico in March. They will return to the US in June.