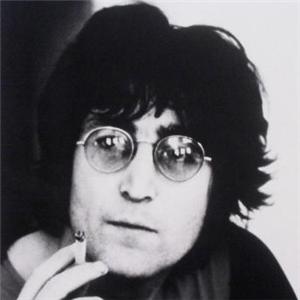 On a day like this, Mark David Chapman went to John Lennon’s apartment in Manhattan and shot him dead.

Today, in NYC, hundreds of fans have gathered with guitars, candles and flowers on Strawberry Fields, the Central Park garden dedicated in his honor, to celebrate the memory of former Beatle singer John Lennon on the 30th anniversary of his death.

John Lennon was brutally murdered at the age of 40. If he were alive today, he would be 70 years old, “he would still be making music” said his wife Yoko Ono “he would definitely be experimenting on some new music, using the computer, I’m sure it would be quite something,” she added.

Yoko has asked people to remember him with “deep love and respect”.

“On this tragic anniversary, please join me in remembering John. In his short-lived life of 40 years, he has given so much to the world. The world was lucky to have known him. We still learn so much from him today,” said Ono, who witnessed the murder of her husband outside the Dakota building on December 8th of 1980.

Yoko did not leave the Dakota after Lennon’s death “It is the home John and I created together. Every wall witnessed John,” she said. “It is the only home Sean (couple’s son) knows to be ours. How could we leave?,” she added.

In Liverpool, Lennon’s hometown, musicians will lead a candle-lit vigil today in Chavasse Park at the European peace monument, dedicated to Lennon on October 9th (his birthday).

Gaga Is Billboard’s Artist of the Year