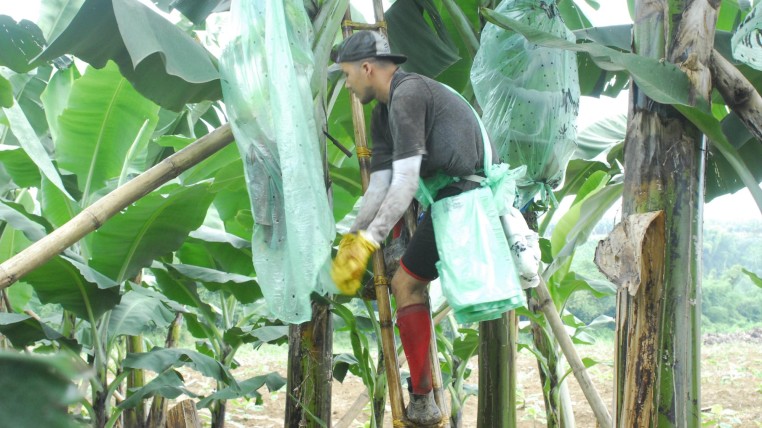 November 22 was a very important day for five of the most efficient banana producers in Ecuador. It all started in mid-2015 with the visit of Pernila Wingårdh, a businesswoman established in Sweden and with relationships with the main retail chains.

On that day of the eleventh month of last year, the first containers of Agroban Nordic arrived, a society of five haciendas of Guayas and Los Ríos with Ecofrut, which already has maturing infrastructure in that country. María María, by Jorge Luis Quintana; the New Pubenza, by Marcel Laniado; Carolina, by Jorge Marún; Guarumal, by Henry Reiced; and Clemencia, by Kléber Sigüenza, are now international.

Gustavo Marún, executive president of Agroban de Ecuador, tells newspaper EXPRESO the details of an operation that aims to grow and that can serve as an example for other producers who want to get involved in the international trade of their fruit. While developing strategies to position themselves in the markets, other farms apply worm leaching to improve their productivity, control systems through drones and the automatic weighing of bunches in packers. Agroban Nordic was born from an invitation made by Proecuador to Agroban (Regional Corporation of Banana Producers) to participate in a business conference in Helsinki (Finland).

“There we met Mrs. Pernila Wingårdh, who at first saw with pessimism that Ecuador could export fruit to Sweden, because that country is growing in organic bananas and Ecuador does not have enough fruit of that kind. They import from Central America and Peru.

In five years Sweden went from 5% to 50% organic fruit consumption. “After that meeting in the Finnish capital, they invited her to come to the World Summit in Guayaquil (2015) and give a talk about the Swedish market, or the options that Ecuador has in the Nordic markets.”There he said it was difficult for Ecuador to have a chance, unless it has organic fruit,” recalls Marún.

But when he met the estates of the associates, such as Jorge Luis Quintana, Marcel Laniado, Jorge Marun or Kléber Sigüenza, his opinion changed. “He described the farms he visited as sustainable farms in all aspects. They have state-of-the-art technology that meets three factors: care for the environment, social responsibility and profitability.” (I)