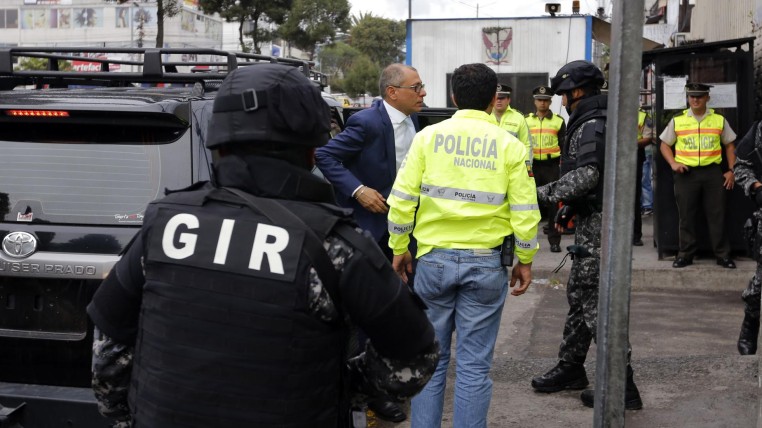 A designation that could change traditional standards. One of the scenarios that were handled until yesterday afternoon at the Carondelet Palace was that the Vice Presidency of the Republic could be occupied by a woman born in the Costa region.

Yesterday at midnight three months of absence of Jorge Glas Espinel in office. And, as provided in the Constitution, that is a grounds for dismissal. He is being held in prison No. 4 in Quito with a sentence of six years for the crime of illicit association in the corruption plot of the Brazilian construction company Odebrecht. Although it is a judgment of first instance, the chances of reversing the sentence are slim.

In the Executive, the next step is clear: President Lenin Moreno will send to the National Assembly the shortlist with his candidates to elect the new second president. The designation has to be done with the favorable vote of the majority of the legislators. If the Assembly fails to pronounce itself within a period of thirty days, says the Constitution, the first person who conforms to the three will be deemed elected.

Those names could be known today. Yesterday, at 6:00 p.m., the triple was to be ready after the meeting of the political bureau. Today the president could make the announcement before the meeting with his Cabinet in the morning hours.

Of all the names that were mentioned as possible alternatives to occupy the Vice Presidency, EXPRESO knew that three had more ‘acceptance’: María Elsa Viteri, former finance minister and close to the Democracy Yes movement; Eva García, Minister of Industries; and María Alejandra Vicuña, Minister of Housing and vice-president in charge since October 4.

These names would meet some of the requirements that were considered in the analysis: gender equity, region and age, as Vicuña told this newspaper in an interview published on Monday

Miguel Carvajal, Secretary of Politics, added another ingredient yesterday: that belongs to the ranks of Alianza PAIS in “the possible or the ranks of allies.” According to his forecast, Moreno could send his candidates to replace Glas “in the shortest possible time. In this week it should be, “he said in an interview with Sonorama radio. With that decision will end a long political career of Glas, built under the umbrella of the self-styled citizen’s revolution.

He started as the owner of the disappeared Solidarity Fund, climbed positions as Minister of Telecommunications, Minister Coordinator of Strategic Sectors and, finally, as Vice President. His fall precipitated with the investigation of the Odebrecht case.

The Prosecutor’s Office considered that, together with his uncle Ricardo Rivera, he had direct participation in the crime of illicit association to favor the Brazilian firm in contracts with the State. He continues to proclaim his innocence, but this phase of his political life ends in prison. In recent history, vice presidents have had different fortunes. Since 1979, only three completed with normality the period for which they were elected: Blasco Peñaherrera, between 1984 and 1988, during the mandate of León Febres-Cordero; Luis Parodi, from 1988 to 1992, together with Rodrigo Borja; and Lenin Moreno himself, in the first period with Rafael Correa.

The others had different fortunes. Oswaldo Hurtado had to assume the Presidency, after just nine months in office, after the death of Jaime Roldós. Sixto Durán-Ballén had two vice-presidents in his term: Alberto Dahik, between 1992 and 1995, and Eduardo Peña Triviño, who assumed the position after the dismissal of the former. In this case, it operated a mechanism similar to the one that will be applied now: the president sent three-person congressional committee composed of Peña, Pedro López (minister of public works) and Raúl Gangotena (member of the National Monetary Board). The first was appointed with 48 votes out of 77 deputies. Gustavo Noboa and Alfredo Palacio assumed the Presidency of the Republic after the departure of Jamil Mahuad and Lucio Gutiérrez, respectively. Rosalía Arteaga is, until now, the only woman who has served as Vice President. It was between August 10, 1996 and February 6, 1997. Now, if the forecasts are met, it could be designated to the second. (I)