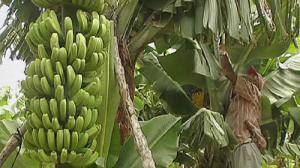 The European Union (EU) suffered a loss from 10% to 15%. According to Eduardo Ledesma, Head of the Banana Exporters Association from Ecuador, the country is at risk due to the difference in its tariffs in contrast to the one managed in Colombia, Peru, and the Central American countries last year.

Ledesma reported that this year the competition might place its products with 3 Euros per ton except Ecuador, because its tariffs is 148 Euros ($193). This measure will be in the European Union along with the Latin American countries that ratify their bilateral treaty. For European importers this would apply retroactively starting this month. According to Ledesma the application of this measure would show its results on 2014, when the difference per crate will reach 7 Euros.

The market that suffers the biggest risk of loosing is the German one, since the country consumes the 50% of bananas exported to Europe. This exceeds 80 million of crates.

Ledesma explained that the guild of fruit producers have met with government officials to renew talks with European representatives to reach agreements.