Banana plantations have the potential to reduce pollution 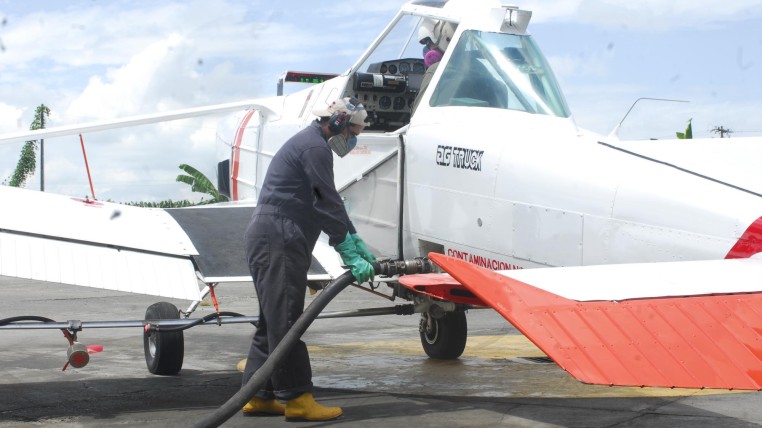 From this month, Petroecuador stopped selling agricultural oil, which was mixed with fungicides for air control of the black sigatoka plague, the most harmful disease of bananas.

Although producers indicate that the price of imported oil spray is three times higher, _ suppliers defend it: it improves yields and does not pollute nature.

Fernando Jacome, a pilot since 1967, says he used less oil per hectare, half the traditional amount that is used.

Per hectare, per year, an average of 50 gallons of agricultural oil is used, ie $ 60 a year, “if they use now oil spray, they will spend $ 180 per hectare, but that means an increase in production,” says a senior representative of the Total French company in Ecuador, a Banole supplier.

If 2,500 boxes are produced per hectare, 375 more boxes will be produced now (box price is $ 6.16). “The Magap decision is a tremendous opportunity. The result ?, more income and more foreign exchange, more competitiveness.”