The banana producers on Friday asked the Government for support so that they, through their associations, directly commercialize the banana with international supermarkets and not depend on the export sector for the output of the fruit. 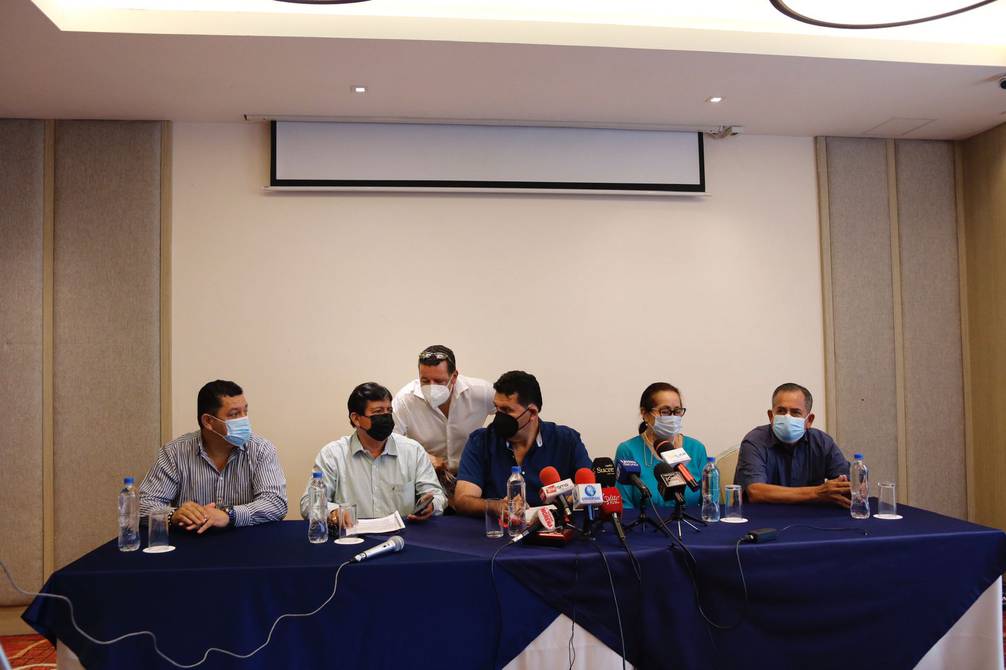 Leaders of the National Federation of Banana Producers of Ecuador (Fenabe) and associations of El Oro, Guayas, Los Ríos, Santa Elena and Cotopaxi, made several requests to the government, one of them was to directly market the fruit with the markets international.

This, according to the National Federation of Banana Producers of Ecuador (Fenabe), in a context in which small and medium banana producers lost around $ 600 million in 2021, receiving an average of $ 4 per box of export bananas, when the fixed price was $ 6.25, which is valid for 2022 and according to the producers, the exporters intend to make them sign contracts below the price established by law.

Franklin Torres, president of Fenabe, presented this complaint and several other points at a press conference in Guayaquil, where he assured that small and medium-sized producers are at the mercy of exporters.

One of those points was to work in the associativity, to ensure that the producers sell their products and buy their input through the associations, and that these receive legal and economic support from the State to be able to consolidate.

“We believe that the Government should financially and legally support the associations (of producers) so that they can get ahead, so that they can directly export their fruit, so that they can somehow commercialize both the inputs and the sale of their fruit”, said the union leader, who assured that his union has presented a different system of associativity in which not only the president of a certain association benefits, as has happened in the past.

Torres, who regretted that currently the country does not comply with the provision by which “those who want to associate come through associations”, also stated that the producer sector endured three cost increases in 2021: fuel, which they are about 0.26 cents; the salary, which means 0.14 cents more per box of bananas; and that of inputs, which means about 0.60 cents.

“This really leaves any small and medium producer out of all productivity,” lamented the president of Fenabe, who assured that if there is no change of course in the country’s agricultural policy, one of the lowest productivities in the country is expected. the last decades, which will affect food security and foreign exchange earnings.

Meanwhile, another of the sector’s requests is to rationalize the use of banana growing land and regulate the prohibition of new plantations, as required by the current banana law.

The producers assured that there is an “unjustified expansion” of banana plantings that would lead to a problem of excess supply of bananas at certain times.

Finally, they asked the Ministry of Agriculture and Livestock (MAG) to control and regulate the domestic banana market in compliance with the current banana law, to prevent the orders for cutting fruit from being issued and for them to be uploaded to the system of the Banana Control Unit, in the same way as reports are uploaded to the Internal Revenue Service (SRI), in the same way with the boarding pass (card).

In addition, compare the final shipping programs with the payments made by buyers through the Interbank Payment System (SPI), as required by current law; and verify the above points with the registered fruit purchase and sale contracts, to balance the balance of supply and demand to maintain a fair price throughout 2022. (I)

Visa Revocation: The United States Embassy affirms that it will continue to review the visas granted and the applications made