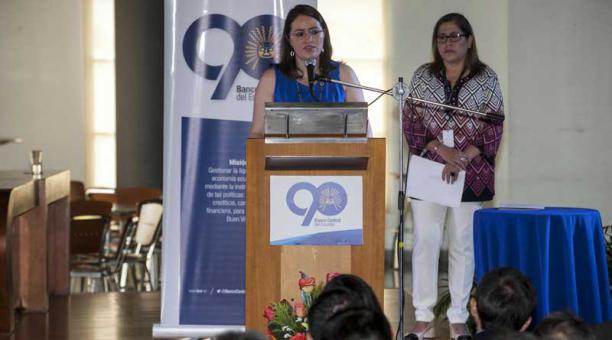 The “Banco Central del Ecuador” launched its Public Interest Housing Program to stimulate the construction sector in the country, which registered a 9% decrease rate in recent quarters, according to information from the same entity.

In a meeting with real estate representatives held Friday, November 24, 2017, at the Museum of Anthropology and Contemporary Art, located in the center of Guayaquil.

Citizens will only have to pay a maximum of 4.99% fee for mortgage loans. For this, the “Banco Central del Ecuador”, will allocate a budget of USD 185 million

Artola said that the institution maintains liquidity in its reserves of around USD 4.8 billion. With which, he said, is at the appropriate levels to cover 100% of the deposits of citizens. “We comply with the economic provisions, the national accounts and the balance of payments,” she said.

The manager added that a year-end closing is expected with a reduction in the international reserve to reach USD 3.8 billion, which he called an “extremely high” level of liquidity.

Alejandra Vicuña, was also present at the event. In the line of Artola, the vice president spoke of an agenda of economic and productive reactivation, which includes the Mission House for All program, which considers the construction of 325,000 homes in 4 years and the generation of 136,000 jobs in direct work. And she referred to the Whole Life plan and the Water for All program, within the framework of public habitat policy. (I)

Special protection for Correa has been denied