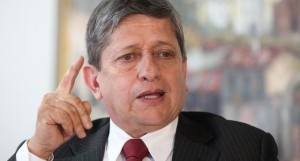 At the second meeting, on 23 December, workers reduced their proposal to 9% ($ 30.6), similarly, no agreement was reached.