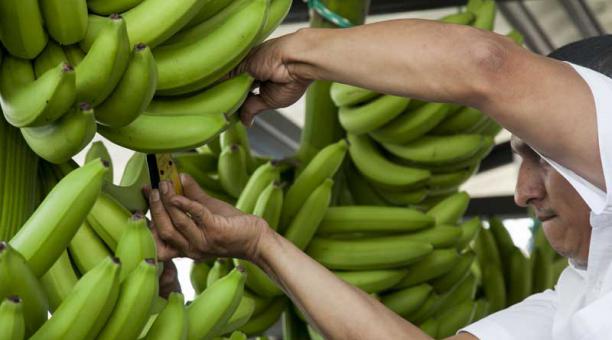 The “Banco Central del Ecuador (BCE) adjusted its growth for 2017. The entity calculates that the Gross Domestic Product will have a positive performance in the order of 1.5%. In August, the entity estimated that the result would be 0.71%. According to the entity, 40 of 46 activities contemplated in their reports will have a positive performance this year. These include aquaculture and shrimp fishing (10%), canned fish (7%), bananas (3.5%) and oil processing (4.8%).

One of the factors that explains the performance of the shrimp sector is in the investments of entrepreneurs to technify crustacean breeding, which has allowed to increase the volume, said José Antonio Camposano, executive president of the National Chamber of Aquaculture. This year, exporters expect to send 100 million pounds more than in 2016 and close the year with 900 million pounds. Another sector that shows signs of recovery is trade, which in 2016 contracted by 4.4%, but this year will grow by 3.3%

For Patricio Alarcón, president of the Chamber of Commerce of Quito (CCQ), the result is due to the dismantling of safeguards and the withdrawal of import quotas for vehicles. But Alarcón warns that business will be affected by the customs control rate of USD 0.10, which has been in effect since November. In contrast, six sectors will decrease: oil, forestry, sugar processing, domestic service, other services and construction these activities represent 26% of GDP.

The construction, which will close at -4.8%, will add its third consecutive year of recession. Despite this, according to data from the BCE, the activity will not fall at the same levels as last year (-5.2%)

According to Verónica Artola, manager of the BCE, the possible repeal of the Law to Prevent Land Speculation (Goodwill Law), which was included in the popular consultation, is already generating positive expectations. “People have regained confidence to acquire a house. The same has happened with the real estate agents, who are already dusted off paralyzed projects, “she said.

But what draws builders’ attention is the projection for 2018. According to the BCE, this activity will grow 1% in that year. Guilds believe that the official estimate is too optimistic. “I do not think there is an immediate growth in 2018. Casa Para Todos is an important project for the generation of jobs, but this sector is not only composed of social interest housing,” said Enrique Pita, of the National Federation of Chambers of Construction.

The same criteria shared the Chamber of the Construction Industry (Camicon). Among the factors that explain the new projections of the BCE are the injection into the liquidity of the economy of USD 4.5 billion of bond issues in the international market, said Finance Minister Mauricio Pazo.

“Ecuador lives a very aggressive debt route and continues to depend on exogenous factors.” In a report, the Development Studies Corporation (Cordes) questioned that the government talks about reactivation when the scenario of the second semester is of low economic activity, considering that, according to their data, it is projected at 0.1%.

For Vicente Albornoz, dean of the Faculty of Economics of the University of the Americas (UDLA), this year’s growth is leveraged by the strong injection of public spending recorded in the first half of the year, due to the electoral campaign. “It is a growth that will be momentary and does not reflect a real reactivation of any productive sector this year,” explained the professor. (I)