Before versions after investigation in case Balda, it is requested to investigate other crimes 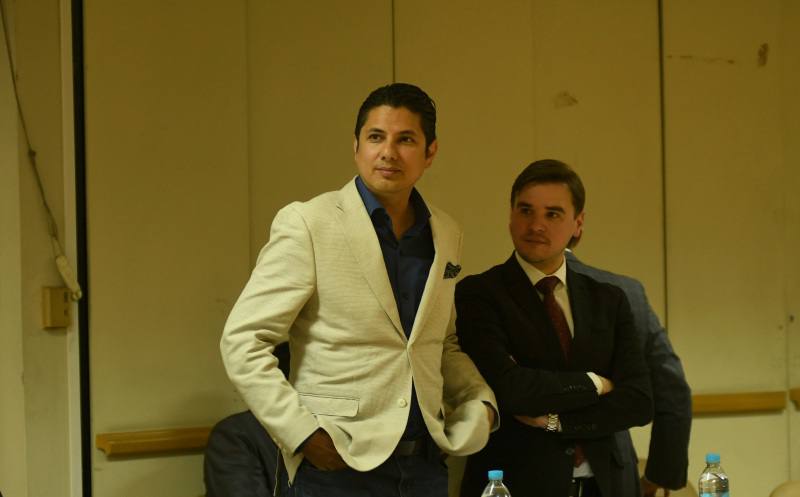 Once 109 of the 120 days of the fiscal instruction have elapsed due to the kidnapping of politician Fernando Balda, in Colombia, for the private accusation there are indications for an investigation into why the case did not move in Ecuador between April 2013, that the denunciation arrived at the Office of the Prosecutor, and January 2018, which was asked to recognize the signature on the complaint.

Balda believes it necessary to establish who in the Office of the Attorney General wanted the case not to come to light, who outside of it pressed for it or who benefited from the investigation not moving forward.

He filed his complaint when the Attorney General was Galo Chiriboga.

Last Tuesday, the accuser said he had obtained elements to speak with certainty that the investigation process was halted in order to protect officials of the previous government. The version of Andrés Terán, director of International Affairs of the Prosecutor’s Office in the Chiriboga period, would have given them lights.

According to Balda, Terán would have said and presented a document that would reveal that it was Chiriboga who gave him orders to stop any issue that had to do with his kidnapping. “Chiriboga lent himself to be an accomplice to the crime of kidnapping, to protect Rafael Correa and the rest of those involved. That is a serious crime, “says Balda. The ex-prosecutor should be investigated for procedural fraud or influence peddling.

On June 21, ten days before Terán, Chiriboga said in his version that it was the Provincial Prosecutor’s Office of Pichincha that received and processed the complaint. “Regarding the procedural actions that have been taken in this file are facts that have not been known by the State’s attorney general, given that at that time there was no accused or suspected person who has jurisdiction of the National Court.”

And maintains that a signature of Andrés Terán in which it says that he indicates that certain procedures of International Criminal Assistance (API) in the Balda case are pending until new order, it talks about to that they must be thus until the arranged norms are fulfilled concerning that such APIs must be subscribed by the operational prosecutor. “That it stays in suspense is different from not being done until the operational prosecutor subscribes. (…) The assistances that we are questioning wanted to make me sign as attorney general when that does not correspond to me “.

The defense of Balda, Felipe Rodriguez, indicates that the general prosecutor (in charge), Paúl Pérez, would have to investigate this fact because there would be a crime against the judicial activity. It recognizes that in this case they could not be private accusers and this remains as a matter of the Prosecutor’s Office against an ex-prosecutor.

The lawyer of Fernando Balda ensures that the versions that are still collected in the case of kidnapping serve for the prosecution to accumulate elements to open investigations to other crimes, such as embezzlement. (I)