A decrease of more than $ 120 in a desktop computer or $ 290 in a semi-professional video camera is what will be seen in the Ecuadorian market when the tariff reduction begins to apply for 667 items, including for certain technological devices. 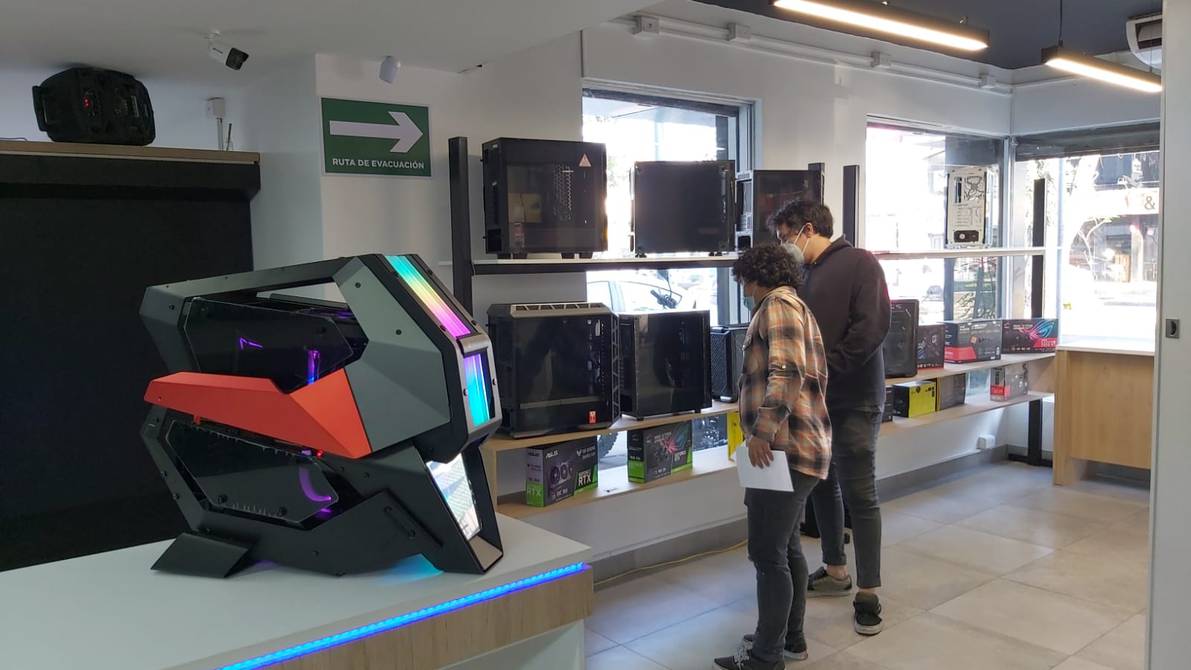 The components of a computer are some of the items that will register the reduction of the tariff from August 1, which is expected to benefit 81 industries.

The measure, which arises from a resolution issued by the Foreign Trade Committee (Comex) and which will take effect as of August 1 , will benefit 81 industries in the country in the agricultural, industrial, technological, plastics, manufacturing and automotive sectors. .

In the technological field, the commercial houses or companies dedicated to the sale of this equipment see the resolution as positive and expect that the demand will increase for tele-education and telework.

Computer components will go from 10% to 0% and in camcorders and digital cameras from 25% to 5%.

Businesses estimate that reducing these tariffs for desktop computers and their accessories, digital cameras and camcorders, would have a reduction impact of between 8% and 14%.

David Llorente, purchasing and import manager at Computron, mentions that this measure works as a complement to that of 2019, when import duties were eliminated for equipment such as computers, smartphones and tablets.

“What you do is reach out and make local brands competitive again,” he says. He adds that hard drives, processors, RAM memories, which are taxed at 10% and which will go to 0%, could grow that market, as well as for those who are looking for an already assembled computer.

For example, a 10th Gen Xtratech Intel I3 computer without a video card is currently at $ 699 and would go down to $ 639 to the customer should the company import that equipment.

For Fabricio Suárez, manager of Home Lines in a company dedicated to this sale of equipment, prices will vary depending on the ranges, whether they are low, medium or high. Assume that the customer would see a decrease between $ 50 to $ 75.

In this company, the importation of computers takes between one to two months, that is, it will not be immediate. However, Suárez believes that access to direct credit will favor, especially those customers who do not have cash or a credit card.

Meanwhile, those who will import the first week of August are at Tecnosmart, but not in large volume, says Erik Aldás, manager of the company.

“We have seen the measure with pleasure, it seems to me that it is timely and there is some time to be able to evacuate the inventory that we have with a high percentage of imports,” he says.

Aldás exemplifies that a desktop computer for professional use and games, which sells for $ 1,591 would have a discount of $ 127.

Suárez, Llorente and Aldás consider that, in general, the healthiest thing for trade is to exhaust the merchandise in stock and offer the imported merchandise, which comes without the tariff. In addition, they indicate that each business will handle their offers.

And before the date of entry into force of the measure, the National Customs Service (Senae) has already begun with the programming of this, says its director, Carola Ríos.

“We are incorporating this new tariff in the Ecuapass system so that once the merchandise begins to arrive on August 1, importers can benefit from the tariff percentage that applies to the product. We will do the implementation and the trade will continue its flow normally”, he explains.

Ríos indicates that they are prepared for a possible increase in import demand for certain products that include the more than 600 items. He says that the idea is for trade to increase beyond the fiscal proforma.

“We are not going to collect by tariff, but by VAT and income tax once the businesses do their commercial operation, which is a bit of losing to win. That is the strategy with which this issue has been handled”, he mentions.

The head of the Senae indicates that the controls as in any process are before, during and after the statements.

Review of the tariff for monitors

Although companies dedicated to the sale of technology equipment are optimistic about the reduction of items for this sector, they believe that it is necessary to reduce tariffs for the measures most used in monitors.

Llorente, for example, made a request to Comex to open the tariff heading for monitors larger than 19 inches.

“The standard of the world is that people have (a monitor) greater than 22 inches and it is prevented through a specific tribute,” he points out.

Aldás hopes that this item can be reduced to “keep the business healthy.” And Suárez also highlights that tariff and believes that it could be revised.

The Senae director emphasizes that the unions are entitled to present these well-founded requirements to Comex. (I)

Shark travels 4,000 kilometers, returns to Galapagos and it is not known where it is

Victoria Salcedo: “I have many things to do, there is a long life”