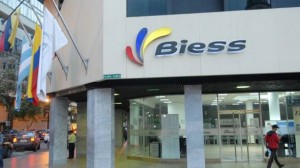 The debt owed by the Government to the Bank of the Ecuadorian Institute of Social Security (Biess) for government bonds, reached $ 8,000 million until November last year, President Rafael Correa stated in his last weekly address.

The president showed a statistical table that indicates that the Biess has invested $ 7.381 million in bonds, representing 45% of its investment portfolio.

According to the Ministry of Finance, the government has a direct debt of $ 762.1 million with the IESS.

Thus, the IESS has become the main creditor of the state, even above lender countries like China (it totaled $ 5,466.4 million until December 2015).

$ 59.7 million in Central Bank Securities are traded during the first month

The banana ranking changes in the country