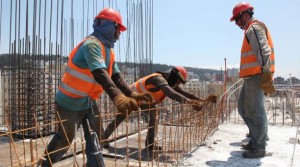 The Ecuadorian Social Security Bank, BIESS (“Banco del Instituto Ecuatoriano de Seguridad Social” in Spanish”, will invest 380 million dollars less in loans to their affiliates in 2016. In total, the BIESS will grant 3 130 million dollars in loans this year.

This fact is declared in the Annual Investment Plan of the entity, which was approved by the Monetary and Financial Regulatory Board (“Junta Reguladora Monetaria y Financiera”), according to the 211-2016-F resolution.

The document was signed this past February 12th but was published in the entity website, this past Monday.

The budget assigned to loans was lowered because they expect a reduction in payments caused by the global economy crisis. (I)