Bilateral definitive ceasefire is welcomed with “satisfaction” by FARC 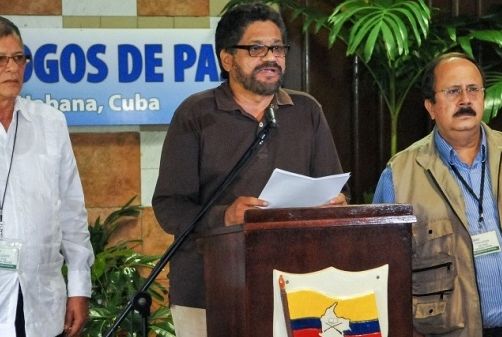 The FARC expressed on Thursday its “satisfaction” by the decision of President Juan Manuel Santos to analyze a bilateral ceasefire, but noted that he assumes a “contradictory” position when ordering to intensify military operations.

“We welcome the statement of President Santos,” said the peace delegation of the FARC, but clarified that “common sense indicates that there is no consistency between the words that celebrate the truce and those that order to intensify the war.”

Santos said on Wednesday on Colombian television that he had “instructed negotiators to start as soon as possible discussion on the point of ceasefire and bilateral and definitive hostilities.”

The FARC delegation had requested bilateral ceasefire from the start of negotiations in Havana with the government, in late 2012, but the president had spoken out against on the grounds that would serve the rebels to regroup.

Since early January, the FARC publicly warned twice about stepping up military action and danger of breaking the truce if some of its units were attacked.