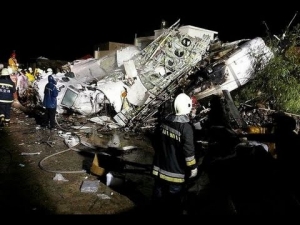 The French President Francois Hollande announced on Friday, July 25, that none of the 116 passengers of the Air Algérie plane that crashed on Thursday (July 24) in the east of Mali survived the disaster, and one of the black boxes was found.

Hollande also said that all the hypotheses, and especially the bad weather, are being investigated to explain the causes of the crash of the Spanish Swiftair plane, operated by Air Algérie.

The crew had reported they changed route because the  weather difficult conditions.

The plane, in its way to Algiers, crashed 50 minutes after taking off from Ouagadougou.

The remains of the apparatus, a McDonnell Douglas MD83, were found on Thursday night by a Burkinabe army helicopter in the Gossi zone, a town in north of  Mali near the border with Burkina Faso.