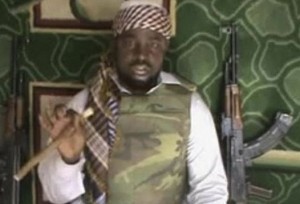 The Nigerian army affirmed for the first time on Wednesday that the leader of the Islamist armed group Boko Haram, Abubakar Shekau, is dead without clarifying when or where he died.

The military also affirmed they had recently killed another Islamist leader who was posing as Shekau.

Military spokesman Chris Olukolade announced the death of an Islamist fighter named Mohamed Bashir during combats in the town of Kondunga, in the Nigerian state of Borno (northeast).

Bashir has “been acting or posing in videos as (he were) the deceased Abubakar Shekau, the eccentric character known as the leader of the group” Boko Haram, he added.

Sources of security forces had announced the death of Shekau twice since 2009, but is the first time that the Army officially affirms it.