Brazil could be the next Greece 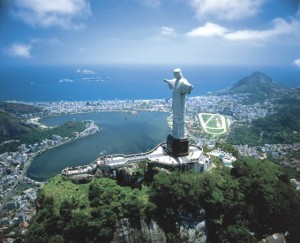 “Nobody can agree that a greater spending without higher taxes is viable,” said Joaquim Levy, Minister of Finance of Brazil, who is now in favor of reinstating a tax on financial transactions to deal with the fiscal problems of Brazil amidst a contracting economy, and warned that without this, the country could face a crisis similar to that of Greek.

The Brazilian government plans to send to Congress a bill that would enact a tax known as CPMF, a tax of 0.38% on financial transactions, to raise about 68.000 million reais ($ 18,990 million) per year and close a growing fiscal deficit.

Levy had said in June he was not planning to reintroduce the CPMF, an unpopular tax that was abolished by Congress in 2007.

The economy contracted by 1.9% in the second quarter. Many economists believe that Brazil will not see signs of recovery until well into 2016.

Oil price will reach $ 23.49, according to Petroamazonas