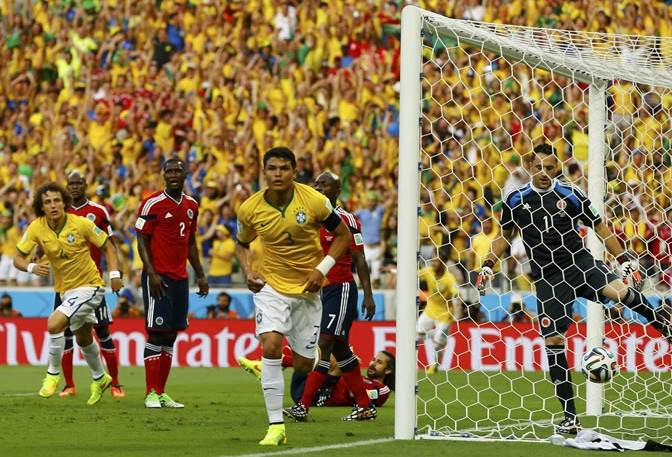 Brazil defeated Colombia 2-1 and is ready to play the World Cup semifinals against Germany.

The Brazilians were better in the first half, but suffered a lot in the second. However, they have managed to get back to semifinals of a World Cup after 12 years.

The scoreboard opened at minute 7 through Thiago Silva, who took advantage of the lack of mark he had and scored in the Colombian goal. David Luiz also scored his goal by the way of a free kick from outside the area.

For Colombians, James Rodriguez discounted with a penalty kick in the 80th minute.

The hosts celebrated with their fans the semi-finals pass and will now have the pressure to win over Germany to play the World Cup final.