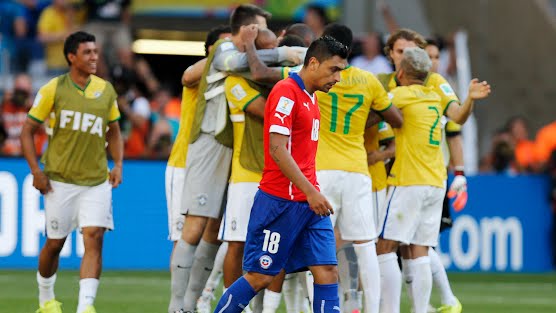 This Saturday at Mineirao stadium in Belo Horizonte, the Brazilian national team won against a strong Chile and managed to qualify to the quarterfinals of the World Cup 2014, after winning on penalties (3-2), and after having drawn 1-1 in the 90 minutes and in overtime.

The first goal was scored by Brazilian David Luiz at the minute 18 and Chilean Alexis Sanchez leveled the score at the minute 32. Finally after a goalless extra time, Chilean Jara hit the pole in the last penalty and granted Brazil with the victory.

Chile gave an excellent performance on the court although Arturo Vidal played having a month of being operated in the meniscus of his right knee, and Gary Medel suffered a strain on the last minute of the overtime.

The torture will be criminalized in Chilean Penal Code