Brazil expects a runoff election between Rousseff and Neves 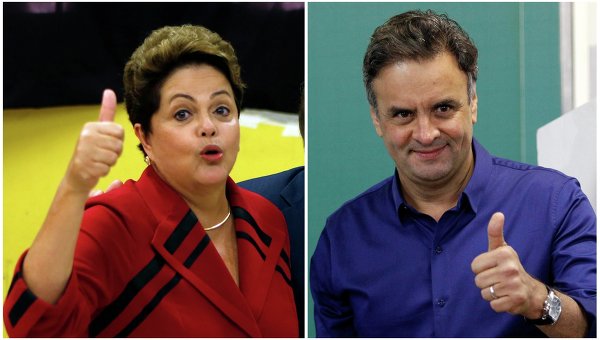 The Brazilian President, Dilma Rousseff, was the most voted in the elections of October 5, with 41.39%, and will disput a second round with the Social Democratic Aécio Neves (33.78%), having scrutinized the 97.98% of the total, according to the latest official data.

In third place was the environmentalist Marina Silva, of the Brazilian Socialist Party (PSB), which won 21.26% of votes after leading the polls of voting intentions for weeks.

The Brazilian Presidency will be defined in a second round, scheduled for October 26 between Rousseff, of the Workers Party (PT), and Neves, candidate of the Party of Brazilian Social Democracy (PSDB).

While Rousseff wants a second term and raise to 16 years the hegemony of the PT in Brazil, Neves tries to retrieve the presidency for the PSDB, which ruled Brazil between 1995 and 2002 with Fernando Henrique Cardoso.