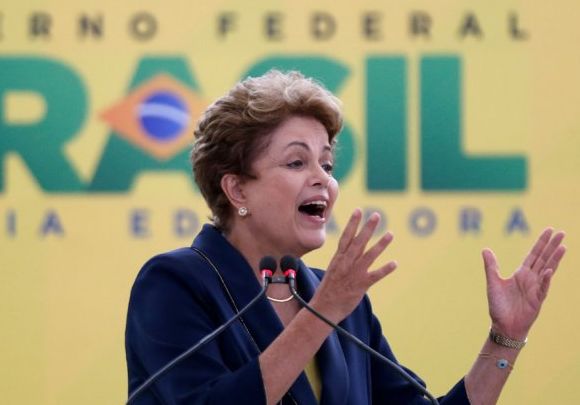 The government of President Dilma Rousseff announced this Wednesday a series of measures to battle impunity and corruption in Brazil, in the midst of major corruption scandal in the state company Petrobras.

“We are a government that does not compromise on corruption and we have the commitment and obligation to battle impunity and corruption,” said the president in Brasilia, days after a series of massive street protests against her.

The Brazilian prosecutor has under observation 13 senators, 22 deputies and 2 governors, pointed out by some of the accused of bribing executives of the oil company to manipulate public tenders and charge overprices.

The package of measures announced in the form of bills, will allow to qualify as a crime the funds to finance political campaigns that are not recorded, confiscate assets of officials who can not justify their origin, sell those seized assets and leave that money in judicial custody until the case investigated is defined.

For its part, the highest court of Brazil rejected a request made by opposition lawmakers to include Rousseff among the investigated by fraud in the state company Petrobras.