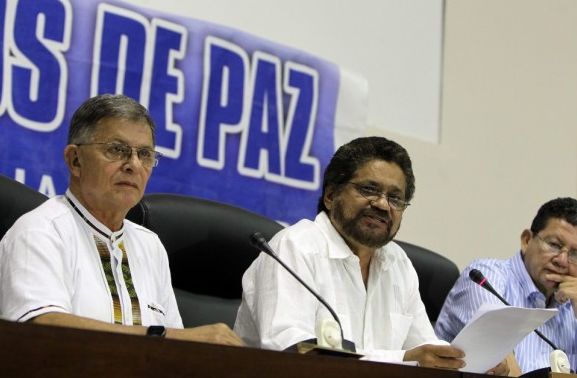 Peace talks in Havana between the Colombian government and the FARC have been resumed this Tuesday in a day on which both delegations would work separately, said a source of the official team.

This 34th round of talks began under an auspicious environment following the decision adopted last week by Colombian President Juan Manuel Santos to suspend airstrikes on guerrilla camps for a month.

The parties will continue in this cycle discussions on the reparation of victims of the armed conflict, but next week, a joint “subcommittee,” composed of generals and guerrilla commanders, which is designing the steps to end the dispute (the next agenda item) could also hold sessions.

Since the start of peace talks in November 2012, the parties have agreed so far three of the six points of the peace agenda.