President Lenín Moreno ruled out ‘divisionist’ or ‘political’ dyes in the mission that fulfills the Brigades ‘Toda Una Vida’, which toured the Durán canton on Monday in Guayas. 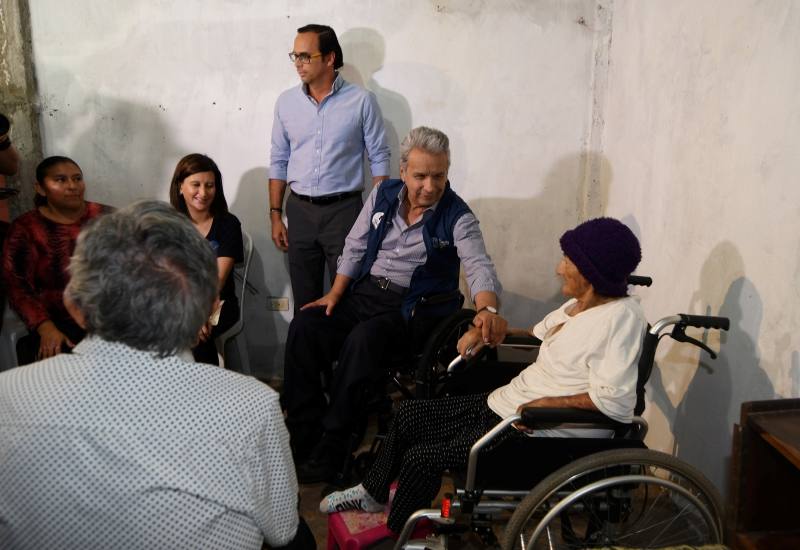 His reaction was in reference to the incident recorded last weekend in Tigua, Cotopaxi province, when the head of the Confederation of Indigenous Nationalities of Ecuador (Conaie), Jaime Vargas, would have tried to prevent the entry into the community of brigadistas of the plan .

A bulletin of the Ministry of Communication of the Presidency informed that “a group of people, with the leader Jaime Vargas at the head”, prevented the passage of brigades of said plan, “and even threatened to retain them.”

The Secretariat released a video showing Vargas, who is seen in the company of other indigenous leaders, chatting with police.

He also shared some photos in which vehicles appear occupying a rural road.

Moreno said that the villagers themselves had asked Vargas to allow the brigade members to pass.

“In the most courteous way he was told that our task is eminently human and social, and that it was not a political issue,” the president said, at the time asking Vargas that if he had evidence against someone for pretending to “divide the communities ”, that present them to take action.