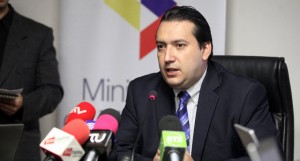 The Budgetary assignments for 2015 submited last Friday at the National Assembly, establishes the elimination of two grants provided by the State: electricity and urban transport.

The urban transport subsidy, which claimed 48.8 million USD this year, had prevented climb rates in previous years. However, carriers reported this year that the amount was insufficient and require an increase in fares. The subsidy is $ 350 per bus per month.

Jorge Yánez, President of the Mobility Corporation, noted that if this compensation is eliminated next year, the only option they will have is to raise fares.

The electricity subsidy is also removed from the Budgetary assignments for next year. The Finance Minister, Fausto Herrera, explained that this is a grant that works within the public power companies and is not a transfer from the central government. This year was of USD 43 million.

Furthermore, is being reviewed the low of three more areas: fuel, housing and interprovincial transportation.