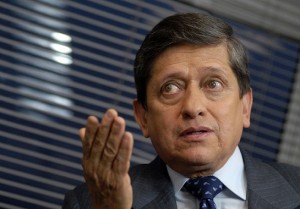 President Rafael Correa, announced that this normative was ruled out and assured that they would not receive “not one penny” while the other servers of the 20 scales of the public service also have their compensation. Correa noted that the payment was legal but illegitimate.

The Ministry of Labour Relations (MRL for its Spanish acronym) announced that in order to return the money, the officer may sign a payment agreement, in which the server will explicitly authorize the periodic debit of a part of the owed value and in case of cessation of functions, it will be deducted from their severance payments.

Carlos Marx Carrasco, Head of MRL, said that in 30 days could be ready the standard of variable remuneration that seeks to especially encourage sectors that do not belong to superior positions.