Burkina Faso army promises to give way to civilian government 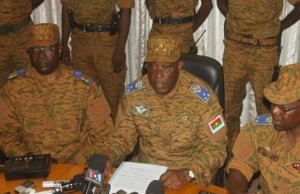 The new head of state of Burkina Faso, Lt. Col. Isaac Zida, promised to involve all national forces in this transitional stage in the country, after the fall on Friday of the president Blaise Compaoré.

In a meeting with diplomats, the Lieutenant Colonel has promised the creation of a “transitional body within a constitutional framework.”

The promise comes after the political opposition, civil society and international organizations reclaim a transition led by a civilian leader.

The military added that such body, which will have the executive power, “will be led by a figure of consensus designated by all actors in the national life.” However, he did not specify any timetable but he expects this to be done “as soon as possible.”

Compaoré was forced to resign by a popular uprising on Friday after 27 years in power and the military hierarchy placed Isaac Zida in power, number two of the presidential guard.